A study from Australia has added to the evidence that people who regularly drink tea are at lower risk for bone fractures. 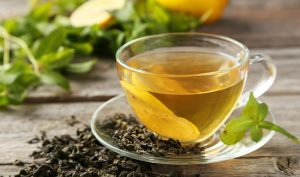 In the study, published in the American Journal of Clinical Nutrition, researchers analyzed data from 1,188 women over age 75 who were followed for a decade. Those who drank three or more cups of black tea a day were 30 percent less likely to have an osteoporotic fracture than those who rarely drank black tea (green tea was not included). In particular, compounds in tea called flavonoids (also found in many other plant foods) were associated with decreased risk.

Lab research has shown that tea flavonoids have beneficial effects on factors affecting bone strength, and many studies have found that people who regularly drink tea—black or green—tend to have higher bone mineral density. Research has also linked drinking tea to numerous other health benefits, including better cardiovascular health and a reduced risk of cancer and diabetes.